Look, the New Year might already be in full swing but hey… it’s only February at the time of this post. So that means that you have plenty of year left to tighten up your poker game. You just have to actually want it. You have to want to do better in poker.

The truth is that poker is often thought to be very random, where you can just go with your gut. That’s what newbies think. They do have blind luck — who hasn’t caught a full house with a 72o? That’s one of the worst starting hands you could play and yet… you can get lucky with it.

Poker is a game of odds, and you have to play those odds. Sure, you can get lucky with that awful 72o, but the truth is … you’re better off folding it. Don’t hold out for that mystical point where you’re going to get lucky with it. You have to make sure that you’re always thinking about trying to do your best in poker. You’re better off waiting for a better hand like A9s (ace-nine suited, for the newbies) than trying to make something out of that awful 72o. 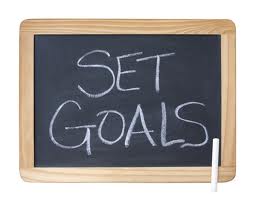 You have to set real goals for yourself in poker. Sure, it’s tempting to think that you’re always going to win in poker no matter what you do. But you have to have goals to get better, and you definitely need to make sure that you have a system in place that’s going to work for you. To do anything less is just going to make you upset. You have to make sure that you stay realistic. Nobody becomes Doyle Brunson overnight. Even the great poker champs lose and they often lose big before winning big. Everything balances out. Don’t make yourself feel like you have to necessarily go with a lot of poker theory. The goal here is to have fun and play hard. Sometime you can take poker so seriously that you never do anything else than play poker.

If you’re one of those people that can’t handle losses, then you really have no business playing poker. You will just end up making yourself feel like there’s no way that you’re going to rise higher. You will rise. It’s only a matter of time. But in the meantime, you’re going to have to keep playing. Consistency is actually what takes you higher in the world of poker. Just wishing isn’t enough. Watching all of the old WSOPs isn’t enough. You’re going to have to go out there, play, and look at different scenarios. There’s no substitute for live action. Don’t get mad if things don’t flow the same way that the poker theory guides tell you that they’re supposed to. You have erratic players, people that play with no strategy at all… the list goes on and on. Not everyone is going to be as gung ho about poker as you. Even when the stakes being to rise, some people are playing mostly as a hobby. If you’re trying to win big money in the world of poker, you have to figure out what you’re ultimately going to do and then proceed from there.

Getting help along the way is a must. Don’t think that just because you play at an online casino that people aren’t going to want to talk about it. They most certainly are going to want to talk to you about just about anything and everything that you can think of. What more can you expect than that? Good luck!